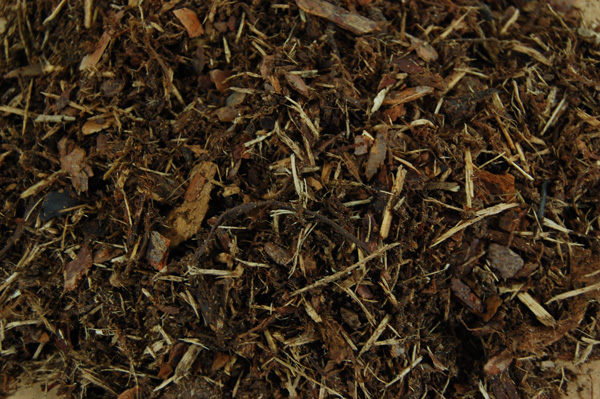 To further develop products for weed control, Gro-Bark® performed a study on mulch to determine its bioherbicidal properties. The study compared three types of mulch including cedar sawdust, pinchips and SPM® shredded pine mulch, as well as the addition of horticultural vinegar. The study showed that after 6 weeks weeds were suppressed in all cases where mulch was applied, however SPM® showed the greatest influence on weed suppression. This study showed that the addition of horticultural vinegar did not significantly increase or decrease the number of weeds as a non-contact herbicide.

Gro-Bark® has committed to producing exceptional products for landscapers, designers, and homeowners. SPM® has been a staple in all kinds of landscapes for many years. SPM® is freshly ground pine bark, has a uniform texture and great aroma! The natural colour of SPM® is reddish brown and ages deeply. The acidic pH helps condition Ontario soils, which in turn helps to produce healthy plants.