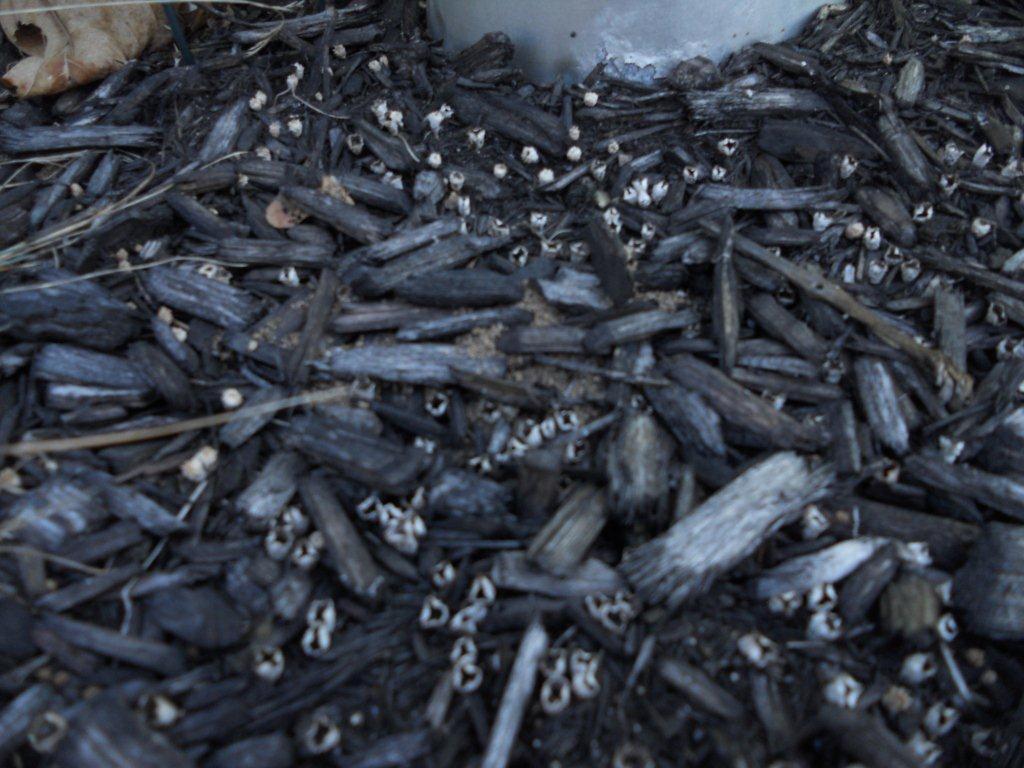 Artillery fungus, unlike slime mould which feeds on bacteria, actually breaks down the woody tissue living in your garden beds. This fungus presents itself as a small cup-shaped cell, about 1-2mm in diameter and ranging in colour from cream to black. The artillery fungus disperses its spores using an egg that sits on top of the cell. The cells accumulate with water, which causes them to burst and propel the egg as high as 6 meters.

The fungus is sensitive to light and shoots its spores towards sunlight or highly reflective surfaces, such as white siding or automobiles. The spore mass is black and very sticky, mulch like tar. It can also grow on the underside of leaves on the plants in mulched areas.

The artillery fungus is attracted to moist landscape mulch and seems to prefer wood over bark. A study by Penn State University showed that the most resistant mulch was large pine bark nuggets. Furthermore, the finely shredded mulches are more favourable because of the increased water retention.

The fungus occurs on dead trees, branches, rotting wood, old mulch, previously infested plant leaves, decaying leaves, and even rabbit or deer droppings. If the undersides of plants are infested with the fungus. In addition, Penn State University recommends blending 40% mushroom compost to surpress the fungus. You can also use composted mulches, such as our CPM® composted pine mulch.